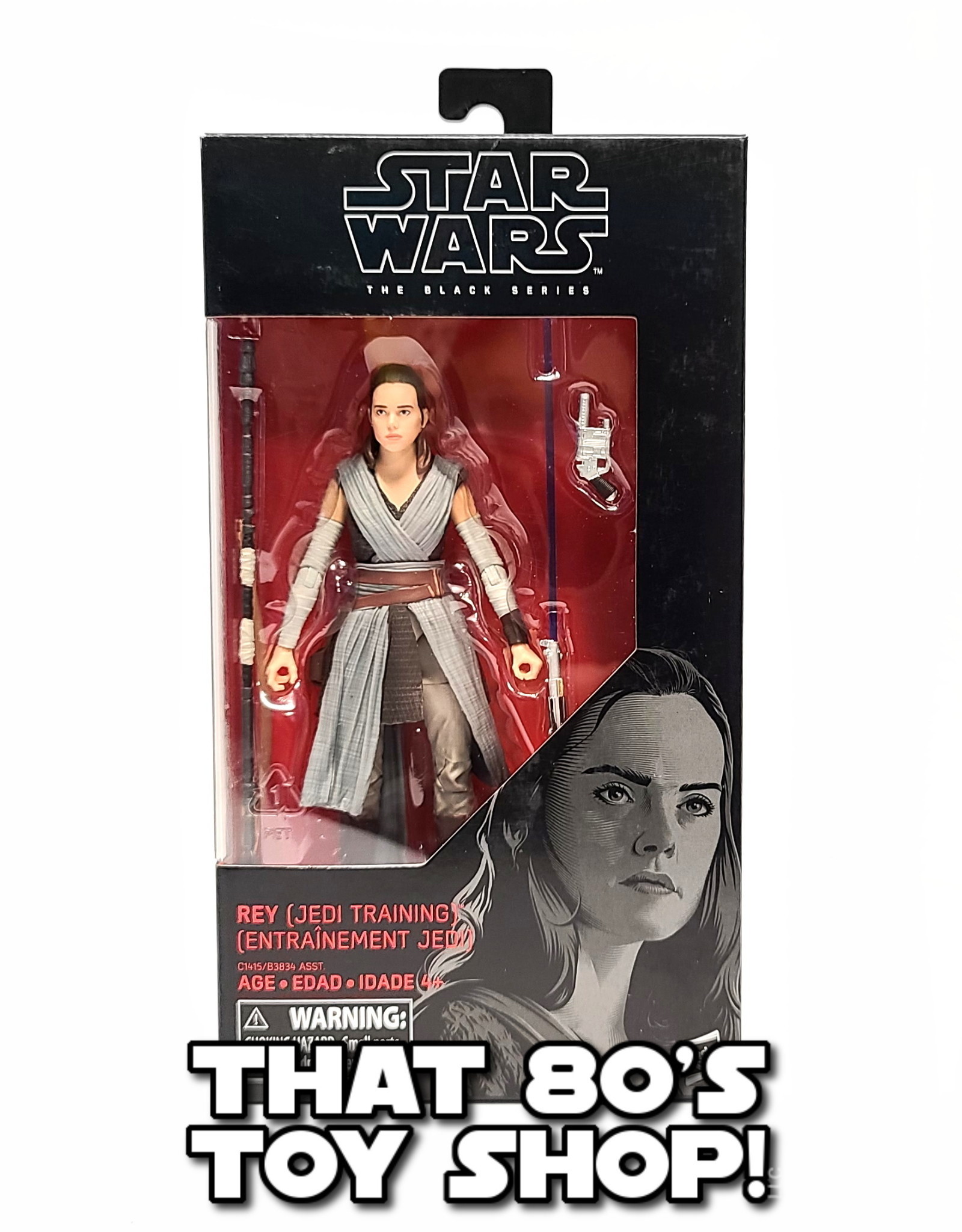 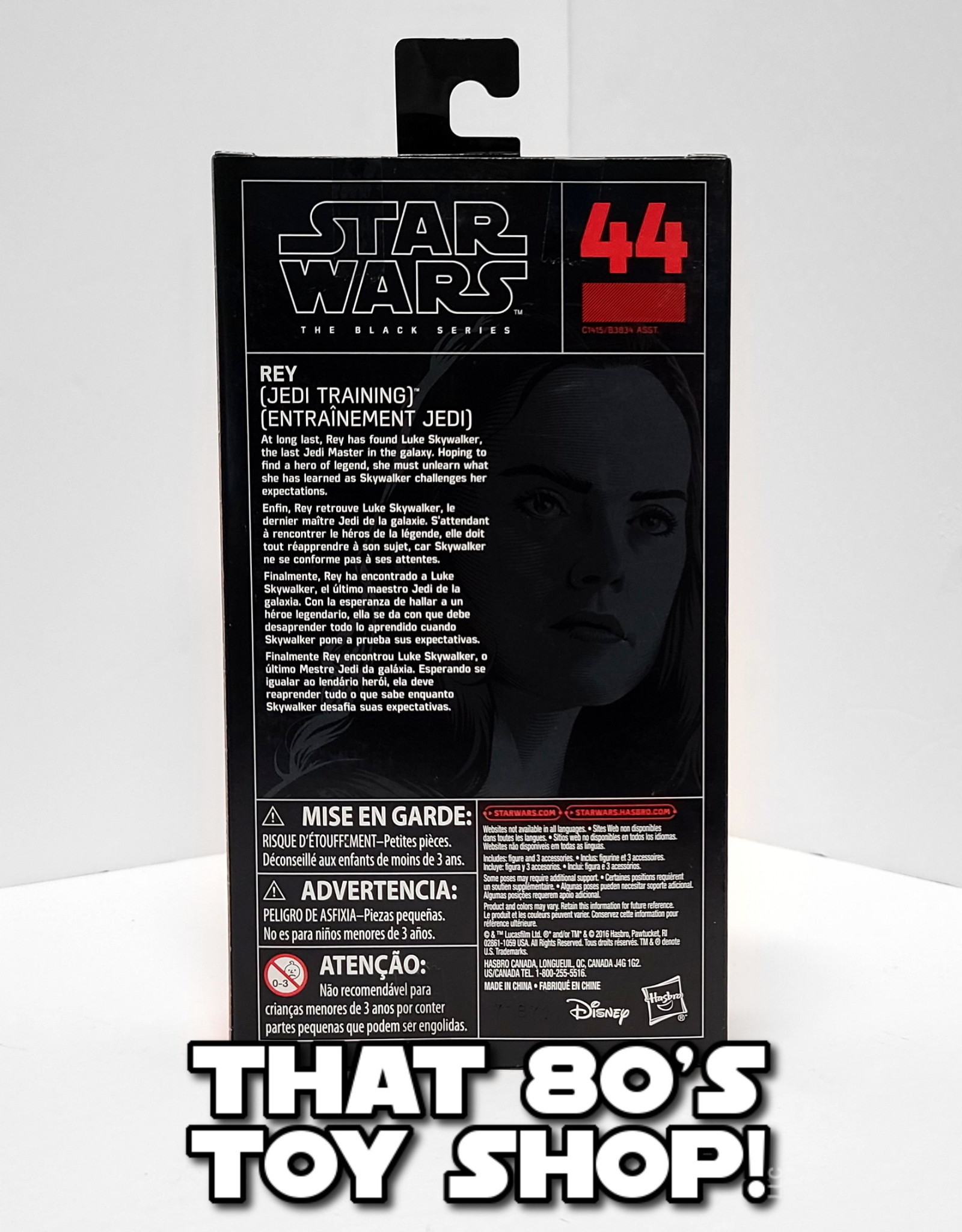 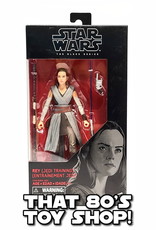 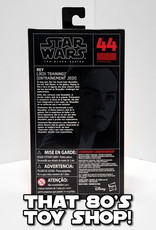 Rey has finally convinced former Jedi Master Luke Skywalker to once again train an apprentice! Help Rey as she tries to control the balance between light and dark within herself!

The Black Series 6 inch figure. Figure includes weapon. Recommended for ages 4 and up! 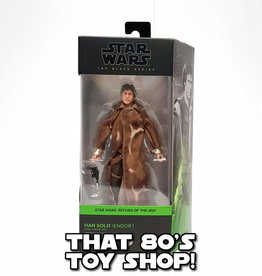 Help Han Solo and his friends destroy the shield generators on Endor! Figure features his iconic blaster and camouflage trench coat as seen in Return of the Jedi! 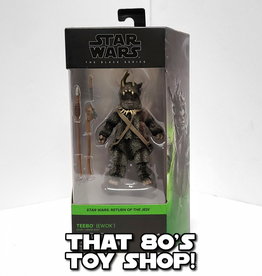 Sound the horn and summon the Ewok army with this Teebo figure! Features 3 weapons, spear, knife, and club! 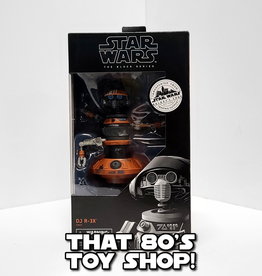 Rex was recently reprogrammed to be a DJ in Oga's Cantina. Today, he can be found playing the latest hits from around the galaxy in the heart of Black Spire Outpost.
Add to cart
Black Series - Galaxy's Edge: DJ R-3X (2020)
$29.99
$24.99
Sale 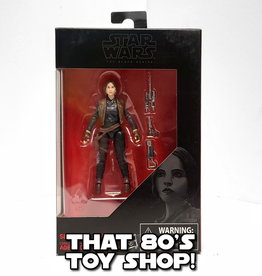 Help Jyn Erso find the plans to exploit the weakness in the Empire's super weapon! Can she and Cassian Andor get off of Scarif alive? Recreate their iconic last stand from Rogue One: A Star Wars Story! 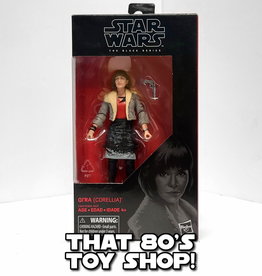 Young Qi'Ra has already found herself deep in a life of crime, playing her part in a gang on Corellia! What adventures will her dangerous life take her on? You decide! 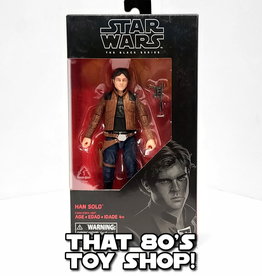 Han Solo gave up his life as an Imperial Soldier to pursue an adventurous life of smuggling and various other criminal activities. Join him on his journey as he searches for his place in the galaxy with this lifelike figure!